with many thanks for the support during 2021.

Consult the IDBE Blog for news and activities during 2021 and the Digital library bibliotheque.idbe-bzh.org for over 10400 documents.

The ‘Institut de Documentation Bretonne et Européenne’ (IDBE), an association that works at safeguarding the written and iconographical heritage of Brittany and European minorities, organises every year a day for meetings-conferences on Europe.

This year, Wales has the place of honour thanks to the presence of Jill Evans, member of the European Parliament and of Plaid Cymru (the pro-European Welsh Nationalist Party).

The program is as follows:

*The theme of our conference is ‘Brittany and Wales in a post Brexit Europe’.

In addition to Jill Evans, Aziliz Gouez, a research associate at the Jacues Delors Institute, and Alain Glon, founder and ex president of one of the largest agri businesses of Brittany and President of the Locarn Institute, will be our speakers. Erwan Fouéré, president of the IDBE and ex EU diplomat, will be the moderator, and Yves Mervin, writer, the presenter.

There will be a debate after the speeches for all questions relating to the theme and the latest developments concerning BREXIT.

The proceedings are entirely free of charge, apart from the small contribution for the luncheon.

Wales and Europe’s partnership of equals is characterised by its principle of subsidiarity, regional equality and respect for the minority. It was, after all, the great Breton nationalist Yann Fouéré who in the 1960s coined the term L’Europe aux Cent Drapeaux.

I am giving a speech at the European Policy Centre in Brussels that will encapsulate those words; the full meaning of the European Union’s catchphrase our unity in diversity.

Also in article below:-

The IDBE team wish you a joyful Christmas and Peaceful New Year.

See French site for presentation by the Catalan Mayor of Calders, Eduard Sanchez Campoy at the conference.

Poster and invitation with program of the Conference on 21 Octobre organised by the IDBE on  ‘The role of Catalonia and other stateless nations within a Federal Europe ‘ .

Ceremony of the awarding of the ‘Institut Culturel de Bretagne’ medal to the IDBE’s Digital library.

Erwan Fouéré and the IDBE team have the pleasure of inviting you to the ‘Collier de  l’Hermine’ ceremony,

and to the awarding of the ‘Institut Culturel de Bretagne’ medal to the IDBE’s Digital library.

Please reserve your seat with the IDBE  (idbe.gwp@gmail.com). See program on the French site.

Link to article on the funeral of Martin Mc Guiness.

Links below to articles and interview with Olwen Fouéré on the play ‘Danse, Morob’, written by Laurent Gaudé.

The play opens with the recording in 1965 of Yann Fouéré being interviewed by a Times journalist, phoning from London to the West of Ireland where telephone lines were still very poor at times…See section 4.a)  ‘Audio archives’, to listen to this recording.

May this new year be a successful one, with health and happiness all around, and we hope to share many important events for Brittany with you.

We are at your disposal every day by email on idbe.gwp@gmail.com   or by telephone 06 81 87 54 63, as it is imperative to make an appointment for the consultation of our archives. Many of our documents can be consulted on the internet, on our digital library: http://bibliotheque.idbe-bzh.org But also all archives etc… concerning Yann Fouéré on: http://fondationyannfouere.org

Many rare works are on sale: http://idbe-bzh.org

The campaign for donations will continue throughout the month of January on: http://bibliotheque.idbe-bzh.org , with many thanks to all those who have already donated and to those who are about to do so!!!

The team of the l’IDBE/Fonds de dotation de Bretagne wish you a happy Christmas. May it bring you warmth and joy and an opportunity to bring families and friends together.

‘Peace on earth to men of good will’ Saint Luke

See French site for photos and reports of the Commemoration and Conference on Saturday 15 October, and also of the IDBE/Fondation Yannn Fouéré’s participation at the Carhaix Book Fair on 29th/30th October.

The beloved wife of Yann Fouéré has left us for Tir na nÓg (the land of eternal youth).

Marie-Magdeleine Mauger passed away on 3rd October 2016, at the age of 99 years, in the home of her son Erwan in Brussels.

Her children: Rozenn, Jean-Francois, Erwan, Anne Benedicte (Benig), Olwen, their spouses, grandchildren, great grandchildren and all her family, although grieving, are celebrating the accomplishments of their parents  throughout their long lives.

The funeral of Marie-Magdeleine will take place on Monday 10 October at 14.30, in the Basilica of Notre Dame de Bon Secours in Guingamp ( 22 ), Brittany.

The burial will take place at the La Trinity cemetery, and will be followed by a commemorative reception at the IDBE/Fondation Yann Fouéré.

The planned Commemoration and Conference for Saturday 15 October will still take place in homage to both of them (see program on French site).

Wales has the Daffodil, Scotland has the Thistle, Ireland has the Shamrock. And Brittany ? We do not have a plant as an emblem, yet there is no reason why we should not have one. Plants as emblems are numerous in the world. All the states of Brazil and the United States of America have theirs. Australia chose the Golden Wattle in 1988 and Quebec decided on the the Yellow Birch.in 1993.
Which is why we invite you to propose a plant to become the emblem of Brittany.

The Procedure
The IDBE has joined this campaign, which will take place from 1st May to the 30th September 2016. Roland Mogn’s idea, (see his site: plantkelt.net),is simple, consisting of choosing a plant which originates from Brittany. This project was launched by the ‘Institut Culturel de Bretagne’. The IDBE is one of the administrators, and as such it will form part of the advisory committee, and one or several plants will be considered. Pass the word around and choose just one plant name or submit a dossier.

There is no shortage of plants that have been honoured in Brittany: le Bleun-Brug, the Feast of the Gorse in Pont-Aven, the Feast of Daffodils in Saint-Étienne de Montluc, the Feast of the Broom in Bannalec are some examples.
The IDBE will centralise all your choices and, if a plant emerges, we will support it for the final choice. Should you prefer to do so, you can support the project on an individual, associative or professional basis and integrate the advisory committee.

Links to articles on National Concert Hall commemorative events in Dublin, with the participation of Olwen Fouéré: 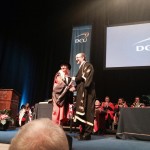 After ‘Arthur et David‘ in 2011 and ‘Joli mois de mai 1944′ in 2013, I am pleased to present my third book : ‘Viens rejoindre notre armée ! 1944, une Résistance bretonne à contretemps’. Always dealing with Brittany during World War II, this time according to the theme of the Breton nationalist groups, who supported in police and military operations either the Germans or the Allies at the end of the occupation, which was by far more a civil war rather than a war of liberation.

Based again on the facts, testimonies and archives, while avoiding the official versions that I have no hesitation in  calling into question.

I will attend the Salon des écrivains bretons in Paris, Saturday 6th of February 2016 , 10-19 pm ( Salle des Fêtes de la Mairie of the 14th : 12 Castagnou Street Metro line 4 : Mouton-Duvernet station). Il will also introduce my book during a conference on Saturday 5th of March 2016 at 3:00 p.m. at the Breton cultural center, place du roy field in Guingamp. This conference is organized by the Institut de documentation bretonne et européenne (IDBE) based in Guingamp.

My book will be available in bookshops and newsagents, distributed by Coop Breizh and the IDBE. Should you have any difficulty in obtaining it, I can send it to you directly: it will then also be signed!

Wishes you a Joyful Christmas and a good New Year 2016

We hope that it will include many projects and get togethers.

We warmly thank our members and friends for their faithful support.

See the French site for details on the publication by the Fondation Yann Fouéré of the second TOME of ‘Les Saints de la Vallée’ by Sabine Daicamps.

See the French site for details on the IDBE AGM on 15th May.

Article in the Central Brittany Journal on a new publication of ‘Flor de Bretagne’ by Dr. Auguste Liegard of Callac, and on the Official Biography of Yann Fouéré in Breton, French and English.

See the French site for more details of these publications.

Wishes you a Joyful Christmas and a good New Year 2015

We hope that it will include many projects and get togethers.

We warmly thank our members and friends for their faithful support.

The IDBE will be closed from Monday 29th December to 5th of January.

The IDBE presents a new edition of the book ‘Flor de Bretagne’ by Auguste Liégard, which is currently impossible to buy. See French site for more details.

October 18th 2014:– See the French site for articles and photos on the Inauguration of the IDBE/Fond de Dotation de Bretagne at their new premises, 16 rue de la Madeleine, Guingamp,and on the Commemoration ceremony for the 3rd anniversary of the decease of Yann Fouéré